The IAS topper Gaurav Agarwal, a man from the Pink City of India is well known for cracking the most covetable exams in India. The life of Gaurav Agarwal is full of ups and downs. He had a very hard time getting a degree from IIT Kanpur as he failed many subjects. In the final semester, he failed another subject that got his degree extended by a semester. He used to stay back on vacations for clearing the backlog and paid regular visits to the professor’s accommodations seeking leniency. However, this made him learn resilience and made him the IAS topper who failed in his graduation exam.

IAS Gaurav Agarwal cleared the toughest Engineering exam at the age of 16 and bagged AIR 45 in IIT JEE-2001. He graduated from the IIT Kanpur in the year 2005 in Computer Science engineering. However, Gaurav Agarwal failed in IIT Kanpur and his degree extended for another semester.

However, the failure did not block his way to climb the mountains. After this initial failure, he bounced back and cleared the toughest MBA exam in India at the age of 21 and scored 99.94 in CAT 2005, joined the most academically rigorous MBA College, graduated with flying colours in the year 2008, and begged a gold medal for academic excellence.

Also, worked for 40 months for Citigroup as an Investment Banker.

Also Read: Who Is The First IAS Officer Of India?

Gaurav Agarwal left the well-paid job to serve the people of India and he appeared for an exam in which the success rate is almost 0.4% and also known as one of the toughest exams in the world. When everyone in his family was busy in his wedding preparation, Gaurav Agarwal was busy with his books and learning strategy and appeared for the personal interview just four days before his wedding.

Later on, the UPSC declared the results and Gaurav Agarwal topped the UPSC 2013 and became the first person from the Royal State to bag the first rank in Civil Services Examination. Gaurav Agarwal’s UPSC Rank was AIR 1 in 2013.

Gaurav Agarwal’s Posting And Work As An IAS Officer

Currently, Gaurav is working as a CEO Zila Parishad, Karauli Rajasthan. He is a technology enthusiast and stills follow his passion for finance. Where everyone in the world is looking forward to using Artificial intelligence to improve their productivity and efficiency, but he is finding ways to utilize AI in public policies. Therefore, backward people can avail of the maximum benefits of advanced technology.

In order to help UPSC candidates, so that they could get his notes online and prepare themselves, Gaurav Agarwal started blogging in 2013 as “Khelo India” where he provided preparation tips, strategies, GS papers notes for UPSC mains. Gaurav Agarwal’s notes are very famous among aspirants and his blog enjoys a lot of traffic.

There are a few success mantras that Gaurav uses and advocates. He said that success and failure are part of life. When you fail, you should not let it dishearten you. Failure should be taken as learnings and one should use them to improve oneself. Also, we should have the courage to admit our mistakes and accept our weaknesses. Have faith in your abilities. Be optimistic, only hope will allow you to make the efforts to change the system.

Do not compete with others, compete with yourself, and always try to improve yourself by improving your weakness. Do not chase the target. Enjoy the journey without worrying about the targets. He is a true role model for aspirants. 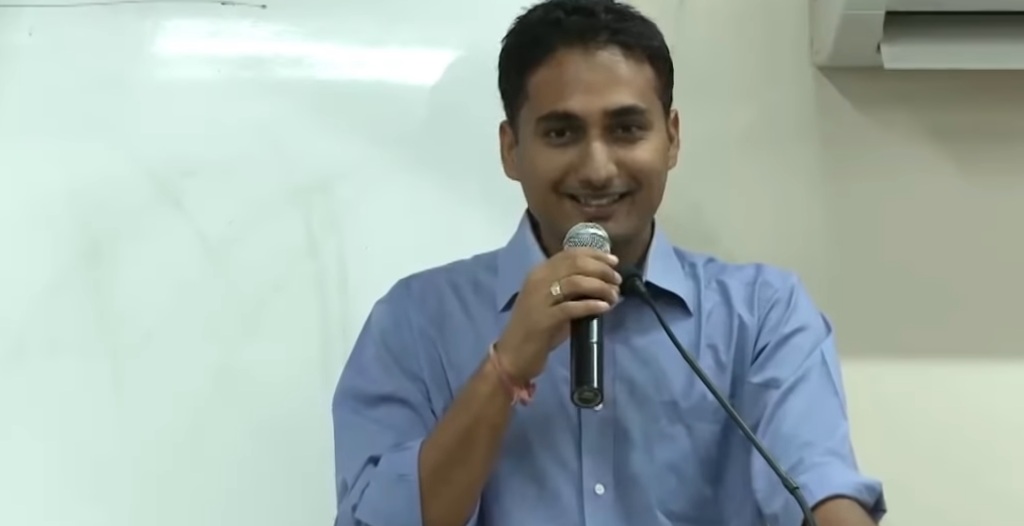 Article Name
IAS Gaurav Agarwal Wiki: Story Of The IAS Topper Who Failed In The Graduation Exam
Description
Gaurav Agrawal of Jaipur became the first person from his state to bag the coveted AIR 1 in UPSC and most were surprised to know that the same man had failed his graduation exam once. Learn more.
Publisher Name
UPSC Pathshala
Publisher Logo