IAS J Nivas is an officer from the 2010 batch. He belongs to Andhra Pradesh. He was a motivated and determined person from his childhood. He has been attracted to studying and gaining knowledge.

IAS Nivas graduated as a mechanical engineer from VIT ( Vellore Institute of Technology, Vellore) in the year 2003. He believes in continuation in work and progression. He worked as a project manager in Vatech Wabag Ltd.

He aspired to become an IAS officer and that made him quit his job in 2006 to serve the country as an IAS officer. He got UPSC rank 45th in the examination. He says that there should be no rest and overconfidence for succeeding in the exam. He cleared his exam in the 3rd attempt by following a positive approach to it.

J Nivas is the collector and district magistrate in Srikakulam as of his current posting. He cracked the UPSC exam in the third attempt in the year 2009. He opted for medical science as his optional subject. He has been working incredibly for the country since then.

He started his IAS training for 1 year under the supreme guidance of Shri Mudada Ravichandra IAS who was the collector of east Godavari back then. He did his first training in the beautiful area of Mussoorie. His first posting was as a sub-collector in the Gudur Nellore district.

He is an inspiration and trendsetter for the aspirants as well as the other civil servants. He has worked amazingly since the start of his career which is an ultimate trademark for all the people to get influenced by him.

This IAS is the epitome of determination and motivation for all young people. He has tried to change the flaws in society with his intellect and optimistic reach to everyone. He has worked in many areas and succeeded in everything he does. He enabled people to think differently and work elegantly with mind and patience.

We often hear trouble and flaunting stories of big personalities from our parents or grandparents who want us to touch the clouds in terms of bringing a change in society and reducing the flaws. He is one such person who has done remarkable works in the fields of growth and development of the nation. Stick your eyeballs to the whole article to learn from his unforgettable works.

J Nivas firstly posted as a sub-collector when he cracked the UPSC exam. He pioneered the creation of exclusive tribal fisherman societies. He believes that the underprivileged must get the opportunities to grow themselves in every sphere. Being the sub-collector he has made all the necessary modifications and help to the tribal societies. He has been successful in creating and developing 33 societies benefiting thousands of tribal families.

Tribals are thought of as the non-functioning part of the society by the common men. He took initiatives for relief and rehabilitation of bonded labourers who were suffering from all the ways. He released the villagers from the drudgeries and gave them land rights along with ROFR rights for the poor. He brought changes in all the respected surfaces to improve this mentality and develop the tribals.

He was transferred to PO, ITDA of Utnoor situated in Adilabad district. He worked great in all the suppressed areas to make it error-free and pleasant. He preserved various valuable revenues by scanning and documenting the old papers and revue processes. He tried his best to provide free access to every citizen to the government by opening 100 meeseva centres. He worked in the areas of entrepreneurship and did recruitment in approximately 100 fairly priced shops in an unbiased and free manner. It gave employment and better living standards to the people of that area.

He is the one who thinks for the welfare and development of humankind. He started reforms like creating a GIS-based land inventory system to enable investors to look at several land parcels that are available in the districts of Andhra Pradesh. On being the supreme post, he did the best of his capabilities to bring change and improvements in all sectors. He made land available to all the entrepreneurs at a cheaper level so that they can make use of it in a better way.

He became the Municipal Commissioner of Vijayawada. He started the functioning of waste management with prudence and made the city the cleanest million cities of the scenario. He was awarded by the Hon’ble Prime Minister Shri Narendra Modi on the Swachh Bharat initiative. He was successful in pioneering the first biomining project in the area along with making natural parks for oxygen and a healthy environment for the people. He implemented a campaign called ” bin free ” for making the place litter and garbage-free and a hygienic place to live in. He made modernized toilets on the school campus. He opened food courts and entertainment stores for the kids for enrichment in their minds and body. He was awarded the Indian Express Award for a smart solution, SKOCH Award for innovation, and Distinguished Alumni Award at UIT.

He was designated as the collector and conducted general elections in 2019, Gram Panchayat elections, and municipal elections in 2021. He is truly a man of morals and high regard. He has started various campaigns at different levels for the upliftment of society. He has started a batch called super 60 to provide knowledge and education for IIT and NEET students who cannot afford big institutions. He implemented MGNREGA and was awarded a National Award for the best district in NREGA. He has done incredible work for the tribal communities and was awarded by the honourable CM of Telangana for enhancing the studies and overall society.

Also Read: Why do You Want to Become an IAS Officer? Frequently Asked UPSC Interview Question

By reading this complete article you must have learned several things for preparing for your CSE and to enhance yourself as a person. If you have any doubt regarding any strategy or preparation related to the UPSC exam you can comment below and get the wanted answer.

IAS J Nivas has worked breathtakingly and unbelievably to raise the people of the society. This brings an ultimate change in the country. Moreover, he believes in the continuation of learning and change therefore he is still working to enhance the environment of the society.

If you are the one who wants to be the future IAS and serve the country then you must visit UPSC Pathshala to know everything regarding the paper and plans you must make for clearing it. The experts are there to help you with your education and experience. You will only need to focus on succeeding in the examination. 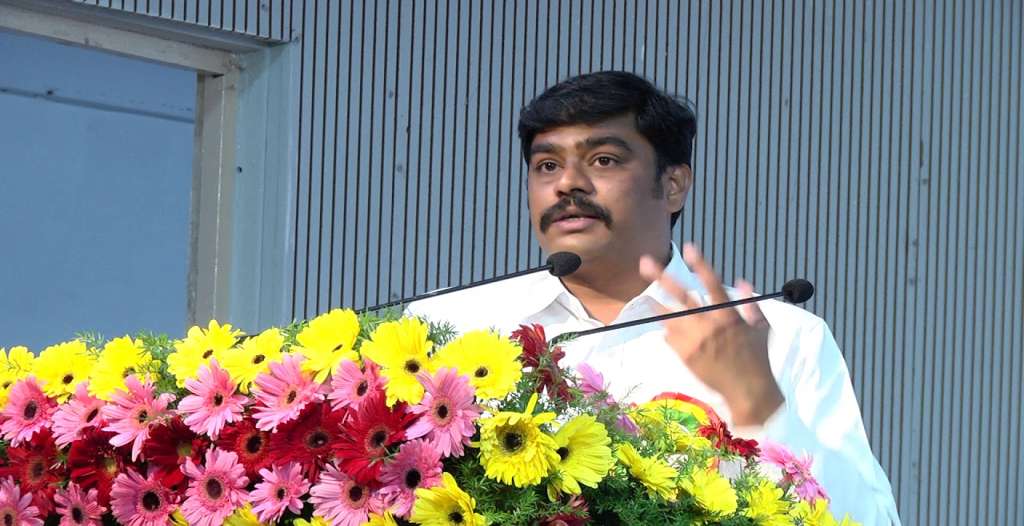 Article Name
IAS J Nivas Wiki: Know All the Lessons to Learn from His Success Story
Description
CSE is the toughest exam. There is no better option than to listen to the mistakes and successes of an experienced person. Here is the biography of J Nivas IAS for you to learn.
Author
Shilpa Dutta
Publisher Name
UPSC Pathshala
Publisher Logo

New IT Rules 2021: Facts to Know for UPSC about New Provisions, Patterns & Rules

IAS Rachit Raj Biography: An Inspiring Journey of Not Giving Up