Veditha Reddy, the daughter of Reddy Shanthi Kumari and Reddy Nagabhushan Rao, is 23 years old. During the 2014 Assembly elections in Andhra Pradesh, Viditha Reddy campaigned for her mother.

Veditha is the daughter of Reddy Shanthi Kumari, the YSRCP Srikakulam District President, and Reddy Nagabhusan Rao, a Karnataka Forest Department officer. Her mother was overjoyed when her daughter Veditha Reddy was chosen for the UPSC Civil Services Examination.

Veditha Reddy credited her achievement to her mother, Shanthi Kumari and her father, Reddy Nagabhushan Rao, an IFS officer.

Veditha stated at the event that she chose the IAS to pursue a career in social service. Her parents, she said, also encouraged her to achieve her goal. She also expressed her gratitude to everyone who had helped her.

Veditha Reddy, who is 23 years old, campaigned in support of her mother, who ran for the Srikakulam MP seat in the 2014 AP general elections. Veditha stated that the campaign had inspired her to consider what she could do to help oppressed people in society and to follow the Civils path.

In Narasannapeta, she took part in awareness camps at Ambedkar University and Padmavathi Degree College.

Veditha Reddy, an engineering student, took Anthropology as her optional course. Even if they are enrolled in other courses, students should choose interesting subjects in order to achieve good grades.

Veditha Reddy, an engineering graduate from Srikakulam, was on her way to becoming an IAS officer after achieving AIR-71 in the prestigious Civil Services Exams. She was technically selected in her first attempt after completing her Engineering degree.

“There is no substitute for hard work,” Veditha Reddy, an engineering graduate in electronics and communications, said when asked what her success mantra is. “A civil aspirant must compete with himself in order to achieve his full potential.”

She also stated that the amount of time one spends studying per day is unimportant. She credited her success to her father, Reddy Nagabhushan Rao, an IFS officer, and her mother, Shanthi Kumari, the YSRCP Srikaku-lam district president.

She explained her interview process, saying the board asked her questions about the state’s bifurcation, land pooling, agricultural crisis, farmer suicides, and Naxalism in the state, as well as yoga, which she enjoys. She had to answer several questions about 3G and 4G networks, spectrum auctions, and anthropology, her optional paper, as an engineer.

During the 2014 general elections, Veditha Reddy campaigned in support of her mother, who ran for the Srikakulam MP seat. Veditha stated that the campaign had inspired her to consider what she could do to help oppressed people in society and to follow the Civils path.

She advised Civil Services aspirants to stay motivated by surrounding themselves with positive and optimistic people.

#Examine the UPSC anthropology syllabus in detail. This is the key to successful exam performance. You should also look over previous year’s exam papers to get a sense of the most important topics.

#Divide the syllabus into sections so you can get through it quickly and efficiently. #Social Cultural Anthropology and Biological Anthropology make up Paper I. Paper II is divided into two sections: Indian Society and Tribal India.

#Make an effort to connect each chapter to the previous ones. This paper’s chapters are all interconnected.

This subject necessitates the taking of notes. Wherever possible, include relevant diagrams and flowcharts in your notes. They make revision easier and are also required for good anthropology grades.

If you want to get good grades, you should practise writing answers. Answer as if you’re a specialist. Definitions, criticisms, introductions, explanations, and so on must all be included in your responses. When citing something, try to include the name of the researcher/anthropologist whose work you’re referencing, as well as any other scientists’ criticisms.

When you write about a concept, you talk about and explain the main thinker. However, if you also quote other thinkers on the subject, you’ll get bonus points.

Make use of subheadings in your responses. They give your answers a logical structure and make it easier for the examiner to correct them. They also make the answer look cleaner and more presentable.

For example, you could cite a case study from the Tribal Research Institute in Ranchi in response to a question about the impact of Scheduled Tribes’ industrialization on Jharkhand’s population.

You should gather and study a large number of case studies on relevant topics.

Women’s top civil service rank in Andhra Pradesh IAS can be achieved, according to Veditha Reddy, if aspirants believe in their strengths and study in a systematic manner under the guidance of experts. She urged the candidates to never give up hope and to never allow themselves to be disappointed.

#There is no substitute for putting in the effort.

#A Civil Aspirant must compete with himself in order to achieve his full potential.

#The number of hours spent studying each day isn’t all that important.

#Maintain your motivation by surrounding yourself with positive and upbeat people.

#During their preparation, aspirants should not leave any room for disappointment. #That is the most important rule.

Also Read: Is Anthropology a Good Option for UPSC? Have a Look at to Know Everything about the CSE Optional Subject

Every year, a large number of students aspire to take the civil services exam; however, the path is not as straightforward as it appears. The UPSC exam is difficult to pass, especially on the first attempt.

It can be cracked by aspirants who have a great deal of knowledge and command of the subjects. Furthermore, only a true nation lover is capable of serving the country.

IAS Veditha Reddy is a true inspiration who, through sheer hard work and diligence, passed the civil services exam. It wasn’t easy for her either, but her determination and perseverance triumphed over her fear.

Continue to read our blogs for more motivational stories from successful IAS officers as well as UPSC-specific information. 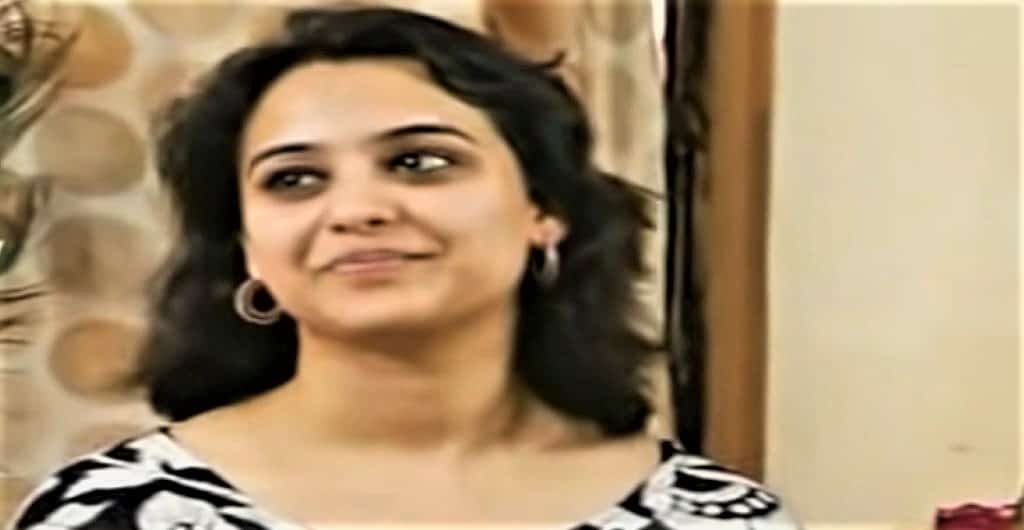 What is FCRA? Checkout this Important Topic for UPSC Preparation 2021

How Many Services are There in UPSC? How to Prepare for the UPSC Services?