Who is K Annamalai IPS? Why is news about him trending right now? What does Annamalai’s biography unveil about his rank, posting, qualification, family etc? Curious to know it all? If yes, then hold on right there because you have reached the right page where all your queries will be answered.

Starting from his family to K Annamalai’s wiki, here in this article you will get to know everything about it.

Millions of UPSC aspirant youth consider this ‘Singham’ IPS, K Annamalai as their role model. This model personality resigned from the post of Deputy Commissioner of Police of Bengaluru and left his long served profession of IPS officer. He took this massive decision in May 2019.

A native of Karur in Tamil Nadu, Mr K Annamalai is a 2011 year passed out Karnataka-cadre officer who served the state in various posts for nine long years.

For IPS Annamalai is at present the BJP candidate for the NDA alliance from Tamil Nadu’s Aravakurichi for the upcoming 2021 assembly election.

This brave, honest and well-mannered officer resigned from the police service in 2019. He was adamant to resign even after top officials asked him to think once. He did not say anything about joining politics at the time of his resignation but Home Secretary of the Government of Karnataka. D Roopa said that the former IPS has decided to enter the house of politics.

#Post-Graduation- Master of Business Administration with a specialization in marketing and strategy at Indian Institute of Management [IIM], Lucknow, Uttar Pradesh.

#He studied management after engineering.

#Family- His family is into farming.

#Kuppusamy Annamalai IPS is the founder of We The Leaders Foundation.

#In September 2013, “Karnataka Singham” started his career as the Assistant Superintendent of Police, Karkala sub-division in the Udupi district of Karnataka.

#In January 2015, he was promoted as Superintendent of Police in Udupi district of Karnataka and served till August 2016.

#K Annamalai IPS got transferred to the Chikkamagaluru district of Karnataka and till October 2018, he continued as an SP.

#In 2018, he got promoted as a Deputy Commissioner of Police, Bengaluru south.

#Joined the Bharatiya Janata Party in 2020.

Also Read: IAS Saurabh Rao Biography: Everything You Must Know about this Brave IAS Officer

What does Ex-IPS K Annamalai have to Say about Joining Politics?

“I was considering my options over the last few months but finally I have decided to join the BJP and start my political career”.

“I closely align with the larger vision of the BJP. I will have an opportunity to be in the party and help grow the party in Tamil Nadu. I see I am a natural fit there”.

“I also felt that the Dravidian parties are not true to their original mission of bringing about change. The ideals of Annadurai, Periyar and MGR were different from the ideals of today’s leaders”.

“I am reading a lot of discussions online about my ideology based on a few tweets. When I was a police officer, my master was the Constitution of India…I am not going against the Constitution now but unlike in my time in the police force, I have the freedom to express my opinions”.

‘Son of the soil’, the former IPS K Annamalai resigned from this prestigious posting in the police service in 2019 and joined the Bharatiya Janata Party in 2020 with the zeal to serve the people of the country in his own way. The super cop of Karnataka is now the Tamil Nadu BJP vice-president.

“We are in alliance with AIDMK and in the next 12 days, we will be facing a poll. I see there is immense support for the AIADMK on the ground, especially for good governance. Secondly, PM Modi’s schemes reached the people here. Women voters are shifting base to the BJP-AIADMK alliance. We are hoping to get 130-140 plus seats.” – said the super cop.

in 2017, K Annamalai IPS organised a peace committee meeting in Bababundangiri and took representatives of Muslim and Hindu communities to address the communal tension that was growing massively when a group of miscreants vandalised the Dattatreya Bababudan Swamy Dargah.

“This was the first such meeting held at the place. We had invited the organisers of the Datta Jayanti programme and leaders of the Muslim community. Three main organisers of the programme joined us, while there were many Muslim leaders. We took them to the burial ground to show that the damage caused was minor and was repaired within a short time. The exercise was to clear the misunderstandings among the people over the incidents that happened on that day.” – Said the “Karnataka Singham”.

Hopefully, this wiki article gave you enough information about the biography of the former super IPS K Annamalai and if you reading this at this moment, then probably you already know about his rank, posting, family and what he is currently doing. 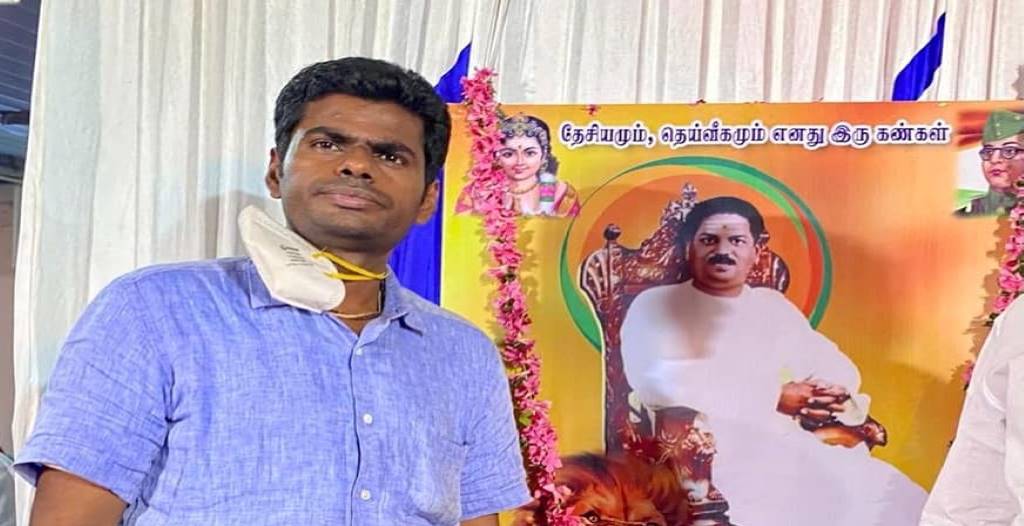 IPS Akash Tomar Biography: Grab All the UPSC Notes Provided by Him